When it comes to studying abroad, Germany is one of the best countries to study abroad. Many seek for Tuition-free university in Germany and end up not getting detailed information on how to begin the processing.

In this guide, we shall be providing you with details on how to find a tuition-free university in Germany.

Furthermore, many wish to study in Germany, because Germany is home to the best universities in the world, and not only that, Germany provides a variety of job opportunities for students after their studies without stress.

Many who wish to study in Germany and are endlessly searching for tuition-free universities in Germany are full of several questions, which we shall take our time to answer. Some of the questions include.

Who Can Study In Germany For Free?

It doesn’t matter whether you are from the EU or EEA, everyone can study in Germany for free, provided you have obtained the country’s visa.

Your nationality doesn’t play a role in determining whether you can study for free in Germany or not, everyone can study in Germany for free.

Why Do Public Universities In Germany Not Charge Any Tuition Fees?

It’s very rare for you to find any country in the world, who offers a university education for free.

Germany believes education is the best way to enlighten the youth and bring a better future for the country.

There was a time in the recent past, where some universities were charging students a little amount of money like 1000 euros, but after a peaceful protest, the tuition fees was brought down in the year 2014.

Now, it’s free for you to study any programs in any public universities in Germany for free.

If Tuition fees are free, does that mean the universities are not good?

This is far from the truth. If you will like to get a world-class education, Germany is one of the best places to get it.

That the tuition fees are made free, doesn’t render the value of the education useless, the decisions are just political, and for the betterment of the country.

What Cost Do I Have To Consider When Studying In Germany?

You are not to pay any tuition fee to study in Germany, you will have to pay something called, “semester fee” (“Semesterbeitrag”) or “administrative fee”. But that’s a small amount: often around 300 or 400 euros for the whole semester.

At Which Universities Can I Study For Free

There are over 3000 public universities, if not all, that you can study any course for free in Germany, some of those institutions include.

Tuition-free universities in Germany is greatly sought for. However, bear in mind that, you will have to be a citizen of Germany or have been offered a scholarship in the country before you will be able to study in Germany

We hope this article has been of great help, in enlightening your knowledge about studying in Germany? If yes, we would love to hear from you. 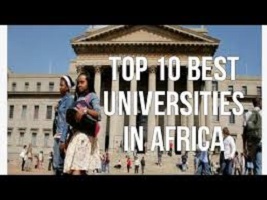 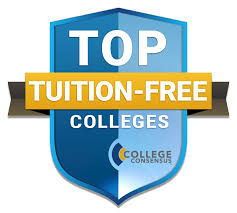