Today, myscholarshipbaze.com team would like to vividly talk about this topic Best Universities in Egypt 2022

To help you in deciding on which school to study in Egypt, we have written this article on the latest rankings of Egyptian universities.

With these huge numbers, choosing the best universities in Egypt could be a challenging decision. It is noteworthy that university ranking is one thing that is volatile and the positions are always changing.

There are quite a number of top Egyptian universities that have attracted students from all over the world because of the high standards of education and learning.

According to the recent release of Webometrics latest ranking of best universities in Egypt 2020, some have moved up the ladder and are among the most respected universities in Africa while some others are still struggling to be recognized as a learning superpower.

Myscholarshipbaze brings you the Best Universities in Egypt 2022 which include both state and privately funded institutions.

The university substantially contributes to the intellectual and cultural life development of Egypt and provides German liberal education to students from all socio-economic backgrounds in Egypt and other nations around the world.

The institution offers German-style learning programs that start from the undergraduate level to graduate and professional stages of learning. It is among the list of top universities in Egypt.

The university was an offshoot of Tanta University and has a number of faculties that include the following: Arts, Engineering, Veterinary Medicine, science, commerce, Education, Agriculture, Specific Education, physical education, etc.

The institution aims towards building a competitive advantage in the areas of education, research, community services and environment that is conducive to development.

Some of the reputations the institution has had in the past include the fact that Alexandria University was ranked 147th university worldwide based on Times Higher Education’s World University Rankings of 2010-2011.

5: Benha University
Benha University was established according to a decree on 25 November 1976 as a branch from Zagazig University and is located in the Egyptian city of Banha, the capital of Al Qalyubiyah.

It aims to become a leading example for Egypt”s universities in education, scientific research, social and university life, reaching to international competition in some fields and stimulating environment for education and scientific research as well as providing distinguished educational service by equal opportunities for students. To a great extent, the institution of higher learning has achieved most of these reputable feats.

6. Ain Shams University
Ain Shams University was founded in 1950 and presently includes 15 faculties and 2 high institutes and comprises seven campuses, all of which are sited in Great Cairo. There is no doubt that Ain Shams University has played an undeniable role in developing the cultural and scientific life in Egypt and enriching human knowledge in general and continues to seek to achieve excellence in the field of higher education and scientific research at the local, regional and global levels within the confines of independence, freedom, democracy, equality.

7. Assiut University
Assiut University was established in 1957 and is located in Assiut Egypt. The institution has produced people who have made both international and national achievements. It ranks number 4 on the list of top universities in Egypt in 2013.

8. Mansoura University
Established in 1972 in Mansoura city, the university has grown to become one of Egypt’s best that has significantly contributed to the cultural and scientific life in Egypt. Major courses are offered by the university and include Medicine, Applied Science, Humanities, etc.

The student body represents over 100 countries and is the region’s premier English-language university — an essential contributor to the social, political, and cultural life of the Arab world. There are about 5,000 undergraduates who come from every corner of Egypt and from 113 countries around the world.

The diverse nature of the institution is one of the most supporting structures that the university enjoys, making it one of the most respected universities in Egypt where faculty members, adjunct teaching staff, and visiting lecturers are internationally diverse and include academics, business professionals, diplomats, journalists, writers and others from the United States, Egypt, and other countries.

10. Cairo University
Established in 1908 and located in Giza, Egypt, Cairo University was founded as a European-inspired civil institution of higher learning in contrast to the religious university of al-Azhar and became the prime indigenous model for other state universities.

Cairo University has been a parent institution for so many Egyptian universities and today is still the best ranking university in Egypt and the standards maintained by this university have put it among the top 10 most respected universities in Africa.

Do not hesitate to ask questions on the comment box about Best Universities in Egypt 2020 or check out other opportunities you can see on our website. You can subscribe with your email so we can notify you always about our new posts and opportunities. Do not miss out 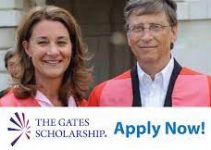