*A Story Illustrating the saying: You reap what you sow

Once upon a time, there lived a man called Alhaji Ajase who had two wives named Alhaja Kudi and Alhaja Khadijat. Kudi, the first wife had only a son ten years after their wedding. Perhaps, that motivated the man to marry another wife. The second wife had six children;  three boys and three girls. The two wives lived a cat and dog life. The Alhaji was a wealthy man with a fleet of cars, houses, and industries. He was indeed a man of affluence.

Alhaja Khadijat who had six children hated not only the first wife but her only son. In a short while, she concluded arrangements to eliminate the first wife for no just cause, other than that she was jealous. She contacted a herbalist in their neighborhood to do her act. The herbalist requested the first wife’s name a strand of her hair and her saliva. Khadijat got these before long without Kudi knowing. One day Kudi slept and died in her sleep. Khadijat was busy shedding crocodile tears; she wept for days, so much so that nobody ever suspected her as the killer of kudi.

After a year of Kudi’s death, she started maltreating Olubi, the only child of the deceased. The boy was only in primary, but the wicked Khadijat made life unbearable for him. The boy became the family ‘house help’, but she hid this entirely from her husband as he would not take it kindly with her. This woman and her children took undue advantage of the death of Kudi to unleash terror on the ‘hopeless’ boy. He was denied comfort, food, and other things of life despite his father’s riches. More often than not, Olubu was made to sleep in the pantry, where he had to battle mice, mosquitoes, and cockroaches. Despite all these inhuman treatments meted out to him, he never fell sick for one day. Though he was denied educational facilities by his stepmother, he always came first in all examinations.

It then came that Olubu and two children of Khadijat wrote National Common Entrance Examination. Despite thousands of Naira spent by the stepmother to aid her two children, it was only Olubu that passed with flying colors. In fact, he was awarded a scholarship as he came first in the examination in the entire country. the stepmother thought that the only masterstroke was to wickedly eliminate the body as she did to his mother, otherwise, her own children would become his ‘errand boys and girls in the future.

See also  How to participate in airdrops

Alhaja Khadijat contacted the same herbalist who killed the boy’s mother to give her the same charms that killed his mother to kill him too, but the herbalist replied that the poison she had was not the same as the one of the past but it was equally effective. She got it and it was to be sprinkled on the boy’s food. She did it as she was told and traveled out of town so that nobody would suspect any foul play. She warned her six children secretly not to eat the poisoned food before she traveled out on her fake journey. At school, all the children were ordered to wait and do some manual labor, but Khadijat’s children being highly disobedient and wayward defined the order and went home. Club had no alternative, but to wait and complete the assignment before going home.

See also  How to do discord Airdrops

On getting home, Khadijat’s six children, at first, obeyed their mother’s instruction not to eat the poisoned food. However, after finishing their own food and still not satisfied, they went ahead and ate out of the poisoned food reserved for Club. They quickly ate it and even fought each other in the process. 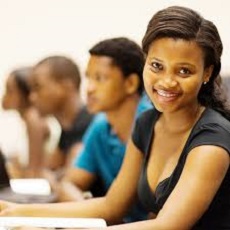 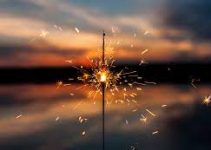