Monaco is a sovereign city-state and microstate located on the French Riviera in Western Europe, on the Mediterranean Sea, a few kilometers west of the Italian region of Liguria. France shares borders with it to the north, east, and west.

The 38,682 inhabitants of the principality, 9,486 of whom are Monegasque nationalities, are commonly regarded as living in one of the most expensive and affluent regions in the world.

French is the official language. Many locals also speak and understand Italian, Monégasque (a Ligurian dialect), and English.

It offers business degrees at the undergraduate and graduate levels, with an English-taught focus on finance, marketing, sports business management, and international management.

This university’s three-year bachelor’s degree lasts for three academic years. One academic year is needed to complete a master’s program.

The University of Southern Europe was its official name. 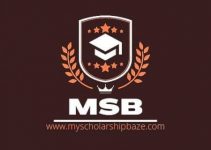