Education Freedom Scholarships give struggling families a choice (and a chance)

Secretary of Education Betsy DeVos came to AEI to explain an initiative that will help low-income Americans climb out of poverty by encouraging school choice and promoting higher quality education. The proposed Education Freedom Scholarship program would provide $5 billion in dollar-for-dollar federal tax credits to individuals and businesses that donate to qualified scholarship-granting nonprofits.

Education Freedom Scholarships program has many merits. It allows low-income families to afford a variety of educational options, including after-school offerings and courses offered by private and faith-focused providers. It wouldn’t require any direct federal spending or a dramatic increase in the federal bureaucracy, but it could be a significant step for families and children trying to move up through education.

The highly-touted Success Academy charter system is just one example of this phenomenon. The results coming from these schools are extraordinary. As my colleague Mark Perry wrote, they account for an astounding 20 of the top 30 highest-performing schools in the New York public education system. Yes, like all good schools they demand a lot from parents and students, but the dividends speak for themselves. It’s critical that we provide opportunities for improvement and upward mobility to those willing to work for it.

Secretary Devos’ proposal has the added virtue of being politically popular: 58 percent of American adults support tax credits for education, and that number is only increasing, including a majority of both Democrats (57 percent) and Republicans (65 percent). In today’s polarized environment, anything that garners that kind of bipartisan support needs to be taken seriously.

I’ve seen the struggles of low-income families to bring themselves out of poverty firsthand. For two decades, I worked in New York at both the state and city level to craft a safety net that promoted stable employment and encouraged economic mobility, culminating with my tenure as commissioner of the New York City Human Resources Administration.

But our social safety net is just one domain in the fight against cyclical poverty; another is education. And providing families with options which allow them to escape failing schools improves education for those who need it most.

States could empower families to use scholarships to pay for:

See also  All About Education Scholarship you should know

How EFS Can Expand Early Learning and Preschool Options: 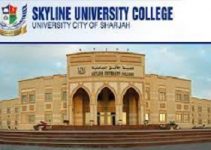 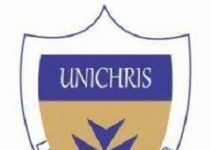