In today’s article, we’ll look at Croatian universities with affordable tuition. Before we go into these details, let’s take a look at Croatia as a country. Croatia is a lovely country in Southeast Europe, situated at the confluence of the Adriatic Sea and the Pannonian plain. Croatia boasts a big list of low-cost universities for overseas students if you didn’t know.

The majority of Croatian universities are public, however, private colleges charge tuition ranging from 900 USD to 4,000 USD per year, depending on the field of study. Humanities and arts are the least expensive disciplines of study, while technological sciences are the most expensive.

Although public colleges are tuition-free for local students, you will have to pay as an international student. Fortunately, these tuition rates are less expensive than those charged by private colleges, and they frequently fall below $2,000 USD.

Here is the list of Cheap Universities in Croatia

The University of Zagreb is a public university that is also Croatia’s and Southeast Europe’s oldest. It was founded in 1699 by Emperor and King Leopold I’s order. It’s a place dedicated to creative and scientific research.

This low-cost Croatian university is divided into 30 faculties with specializations in agriculture, geodesy, theology, graphic arts, and medicine.

Some faculties at the University of Zagreb offer degree programs in English for international and domestic students. In English, it provides undergraduate, graduate, combined undergraduate and graduate, postgraduate, and specialized postgraduate degrees.

The University of Zadar was founded as a Dominican higher education institution Studium generale in 1396, but it did not become a university until 607 years later, in 2003.

It is the country’s largest integrated university. It collaborates with a number of international academic organizations.   Ecology, Ethnology, Linguistics, and Traffic and Maritime Studies are only a few of the university’s 25 departments.

The Centre for Gymnastics and Student Sports, as well as the Centre for Foreign Languages, are two academic centers with four scientific-research centers.

The University of Zadar owns 195 hectares of agricultural property.

Every year, different wine and apple varietals are planted.

The academic programs of the University of Zadar adhere to the Bologna Process and the Act on Science and Higher Education. 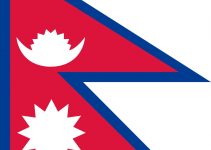 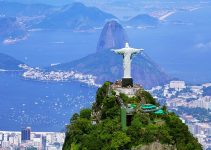