Even though Sweden provides free education to EU/EEA students, international students pursuing bachelor’s and master’s degrees face hefty tuition costs. These colleges are among Sweden’s most affordable universities, however, keep in mind that their tuition costs are considerable.

However, some institutions accept a vast majority of candidates, and if you’re interested, you might look into Universities in Sweden with the Highest Acceptance Rates.
This post will show you which universities in Sweden are the most affordable for international students.

List of Cheap Universities for International Students in Sweden

Stockholm University, which is located in Sweden’s capital, has developed to become one of the continent’s most prestigious universities. This university generates a large amount of revenue as a result of its popularity, which is used for research and global collaboration.

Stockholm University specializes in science subjects, so be sure to look into it if you’re interested. Stockholm Institution is the cheapest university in Sweden for international students, with tuition fees starting at $10,000 USD.

Stockholm University offers a limited number of undergraduate courses, but a large number of master’s courses for graduate students. Doctoral students are also compensated if they are approved.

Another inexpensive university in Sweden, Uppsala University, is continuously placed among the top 100 universities in the world, and it continues to demonstrate its quality by training graduates with promise.

Uppsala University is also one of the Nordic region’s oldest universities. It was Sweden’s first university, and it has many historic traditions that can only be revealed to students who attend.

Because the master’s program includes so many courses, you can find all of them on one page.

To find out the exact tuition amount, go to the master’s program page and click on the admissions section; the tuition charge will be listed there.

The Karolinska Institutet ranked as one of the best medical universities in the world, continues to produce significant contributions to medicine, resulting in advancements in human health.

In addition, the Karolinska Institutet (KI) continues to choose Nobel laureates in Physiology and Medicine on an annual basis.
Nobel awards are awarded at Norwegian or Swedish universities, as you may know, and the KI has the unique opportunity to select Nobel laureates every year. The Nobel Assembly has given the Karolinska Institutet the authority to choose the people to be awarded for their field of science due to their renown in medicine.
As previously stated, there is no tuition for Ph.D. programs, and some scholarships and work-study opportunities are available. 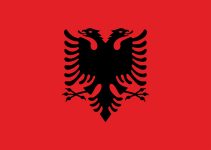 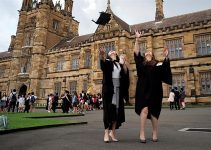