Switzerland is a beautiful country and a wonderful place to live; it is situated in the heart of Europe. The most costly cities in Switzerland are Geneva and Zurich. In Switzerland, there are numerous mountains with breathtaking views. Lake Geneva, the Swiss National Park in the Western Rhaetian Alps, and Rhine Falls, one of Switzerland’s most beautiful waterfalls, are just two examples.

There are four official languages in Switzerland. German, French, Italian, and Romansh are the languages involved. It provides international students with the option to learn additional languages while studying; as a result, the majority of the course is taught in those languages. For bachelor’s and master’s degree programs, they provide English-taught courses.

ETH Zurich is a Zurich-based Institute of Technology. It was established by the government in 1854 and has since played an important role in the education of the country’s future engineers and scientists.

The majority of the programs are in the subjects of mathematics, engineering, technology, and science, so if you’re interested in any of these fields, there’s no better place to study than ETH Zurich, especially if you’re on a tight budget because it’s one of Switzerland’s cheapest institutions.

It is, nonetheless, one of the best, ranking among the top ten universities in the world and among the top five engineering schools.

Tuition Fees for Undergraduate and Graduate Programs https://www.uzh.ch/cmsssl/en/studies/application/fees.html: From 820 CHF (USD $890) Per Semester

The University of Zurich is the next on our top picks for the cheap university in Switzerland with close to 30k students. Founded in 1833, it’s one of the oldest in the nation.

As a result, it is Switzerland’s university with the most diverse selection of subjects and courses.

Many overseas students attend the University of Zurich, where they can take advantage of the university’s exceptional facilities and high-quality education. While Swiss-German is the primary language of study for bachelor’s degrees, English programs are becoming more common, and most master’s programs, at least in some faculties, are conducted in English.

Tuition Fees for Undergraduate and Graduate Programs https://www.fhnw.ch/en/degree-programmes/lifesciences/tuition-fees-and-scholarships: From USD 5,420 Per Semester

FHNW is one of Switzerland’s best-applied science universities. Its nine schools are distributed throughout a few locations in Switzerland’s German-speaking region, including Basel, the country’s third-largest city.

It offers a diverse range of programs and makes use of cutting-edge technology and innovation to provide students with the greatest possible learning experience. They have a global network of collaborators, which appeals to many international students, particularly those from EU countries. 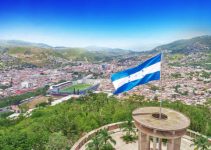 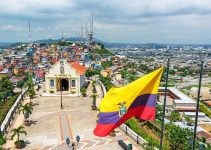