According to the 2020 QS World University Rankings report, New Zealand institutions are among the top 3% of universities worldwide. The island country, which awards 10-20 million in scholarships each year, is home to some of New Zealand’s top and most affordable colleges.

New Zealand is well-known among hopefuls seeking to complete their education at low-cost universities, and the country also welcomes talented international students from all around the world.

You may be confident that you will obtain the greatest education available in New Zealand as a student. The government conducts frequent quality checks on the colleges because they are among the best in the world. As a result, we’ve compiled a list of New Zealand’s best value colleges.

The Victoria University of Wellington, also known as the Te Herenga Waka in Maori, is a low-cost public university in New Zealand that was established in 1897. It was founded following the passage of the Act of Parliament and was previously a constituent college of the University of New Zealand.

The University of Canterbury, or Cantuar, was founded in Christchurch, New Zealand, in 1873. It is the country’s second-oldest educational institution, having been founded as the first constituent college of the University of New Zealand. 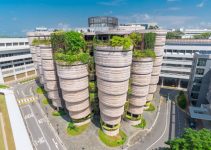