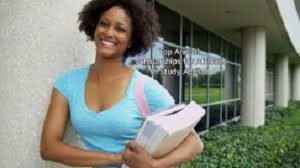 Welcome to Myscholarshipbaze, today we will focus on the Paul and Carol David Scholarship,

The Paul & Carol David Foundation is a non-profit private foundation whose primary mission is to improve education, community, and health opportunities for disadvantaged children in Stark County, Ohio.

Enriching the lives of children. . .

They say that to fully understand a person’s mindset, thought process, and beliefs you need look no further than their childhood. This tenet is especially true for Paul David.

In a time when larger families were more prevalent than today, Paul was the 10th child of a family of 13 children born and raised in a small home on Third Street in Massillon, Ohio.

Early on in his life, Paul was exposed to the struggles of supporting a family, as he was six when the Great Depression started in 1929. However, whenever Paul spoke of his childhood, he always fondly shared the wonderful times spent with his siblings playing, sharing home cooked meals, and visiting with relatives.

He mentioned the financial strife only as an afterthought; but deep down, it left an indelible impression on him. He saw once powerful people humbled by the turn of events, and he learned at an early age that success could be fleeting.

As a youth he was fascinated with sports; and as a high school student at Washington High School in Massillon, he had the good fortune of being a student of the late Paul Brown, who was a family friend and would later become a dear and lifelong friend of Paul’s. It was from Coach Brown that Paul began to learn the art of leadership…lessons that he would later apply in his own life and business career. Coach Brown, as he had with many other Massillonians, exposed Paul to the great game of football; and Paul subsequently became a lifelong, active supporter of the Massillon Tiger football program.

Upon graduating from high school, Paul served honorably in the United States Army during World War II. Following the war, he rejoined his family in Massillon and began working alongside many of his siblings at David Brothers Wholesale Toys.

As mall development grew across the country, Paul developed a strong business relationship with Ed DeBartolo,

Along the way, Paul met and married Carol, his wife of 44 years. Together they raised four children and were later blessed with six grandchildren.

In 1980, Paul and Carol formed a family charitable foundation now known as the Paul & Carol David Foundation. From 1980 through 1993, the Foundation’s primary focus was on awarding scholarship grants to students who demonstrated excellence in the classroom but faced a significant financial hurdle in their goal of pursuing a higher education.

Through Paul’s vision and efforts in building Camelot Music, Carol and he were able to generously endow the Foundation. Over the years, the increase in the Foundation’s resources has enabled the broadening of the Foundation’s charitable purposes to expand beyond the granting of a small number of scholarships to the broader mission that it enjoys today.

Paul David passed away on November 7, 2002, at the age of 79. He left behind a history of good deeds, which symbolize his genuine love of people, especially those less fortunate.

Today, the Foundation continues his legacy of caring for children suffering through hardship so that they may one day enjoy the life they so richly deserve.

tutorial on how to apply 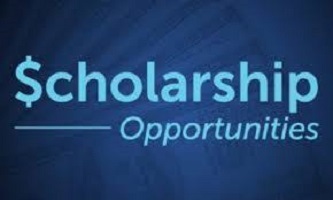 One thought on “Paul and Carol David Scholarship”