Crowd1 Is A SCAM | Stay away

You must have heard of crowd1 which they must have unleashed so many lies to you.

Well, I was also told the same thing as they might have told you, it is good you made this research before joining, if you have joined already before making this enquires, I do not want to be heartless, but to be straight and truthful, your money is gone.

Crowd1 is a big scam, A scam project with a big stomach

I was lured into this scheme around May 2020, I paid and joined. Brought people to register under me, I was promised fear of loss, but I didn’t get any. 3 months later when they promised to pay residual income have come and gone. Nothing was paid.

I have also been claiming the weekly rewards but all those are just strategies to make you feel you are earning or doing something in the company. You are earning nothing.

I discovered that it was a Russian scammer who is behind it, and many financial sects, including banks, have condemned crowd1, many countries have banned crowd1 from their countries, and promoters of such scheme are being jailed.

I also discovered that crowd1 is not into any business like they claim. They are a bunch of scammers who are looking forward to scamming you with your hard-earned money. What will a company who are into the legit business be asking for your money for investment?

Many crowd1 reviews claim it’s not a scam, but I know a lot of people who were into it but are currently on the run now because they can not answer questions about that fact. Do not make the mistake of joining crowd1 because you will regret it.

Whoever you registered under was the one that took your money. I would advise you to write to your bank and alert them of being scammed. People who will attack me are those who collect money from you to register you. they are all scammers. 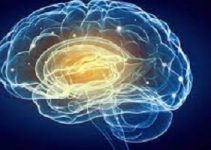