It’s another sad news in December for all investors, as MBA forex company has allegedly crashed, leaving all those who have invested more than hundreds of millions into the trade run into losses.

The mass number of people, who have invested in this trade has made their way to their branches in Warri and Portharcourt, demanding the return of the hard-earned money they invested in the trade.

Upon the demand of people for their money, the company officials could only give out empty promises as regards their return of money.

See also  How to Write a Graduate Admission Essay

Many of the investors who spoke with the news media said, despite investing millions of money into the trade, the company couldn’t live up to their promise.

Furthermore, this platform allows people to invest a minimum of #350,000 naira to hundreds of millions, and promise to return 15% of the money they invested each month for six months.

Also, Jude Nwaneri who is a financial advisor, made it known that it’s not anywhere done in the world, where a company will give 15% interest back to the investor each month for six months, as such a thing is not feasible.

Ayogu Fidelis who invested more than a million naira into this scheme said, he got zero in return only for the company to start blaming banks for their woes.

However, the company officials are not claiming that they won’t fulfill their promise, but they are telling people to bear with them, as they have some issues with the bank.

Let’s have your view on this issue, what can you say about the investment scheme? Is forex trading still reliable? We would love to hear from you, in the comment box. 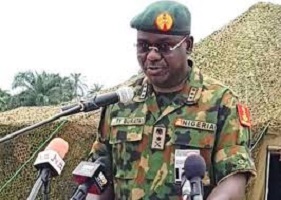