1. The process of removing an elected official by the electorate after an election is termed

2. A characteristic of a fascist state is the existence of a

3. In the 1930s, the political movement that challenged the NNDP domination of Lagos politics was the

4. The transfer of authority to local government councils is known as

5. The Federal system of government in Nigeria was abolished in favour of a unitary one by

6. The first franchise in the history of the democratic process is

7. Which of the following Countries is closely associated with the development of the Ajaokuta Steel project?

8. The notion of equality before the law is the same as the principle of

9. The president of Nigeria was indirectly elected through a secret ballot for a period of five years by the senate in

10. The Nigerian council was created by?

12. The central legislature of Nigeria bevame bicameral in

13. In a monarchial form of Government, sovereignty resides with

14. A system of government that promotes the rights and freedom of the citizens is called

15. In the first republic, politics in the Northern region was dominated by the

16. The foremost British trading company on the West African Coast was

17. The emergence of nationalism was essentially the result of the bills of

18. A common means of influencing public opinion is

19. A vote taken by the citizen on an important political issue is a

20. When did the military government abolish the four regions in Nigeria?

21. A social system in which power is derived from control over land is called

22. Associations whose main interest is to influence public policies without having to capture power are

23. The british minister who opposed the cancellation of Nigeria’s debt was

24. The primary function of a legislature is

25. The first Pan African Conference was held in

26. The Arthur Richards constitution was designed to last for

27. A device for controlling prolonged debates in parliament is called

28. Parastatals are established to

29. The doctrine of rule of law is associated with

30. Who was Nigeria’s first Minister of Foreign Affairs?

31. The first Head of Government in independent Nigeria was

32. In a democracy, franchise is given to all

33. The motion by Anthony Enahoro demanding independence for Nigeria was moved in

READ  JAMB Change of Course and Institution [Data Correction] for 2021

35. A characteristic of public opinion is that it is

37. The separation of Judicial, legislative, and executive functions is designed to

38. Nigerian federalism is a

39. An important principle of the Civil service is

40. The development of a classless society is the goal of

41. ECOWAS is aimed at uniting the West African States

42. According to Marxist theory, those who own and control the means of production in a capitalist society are 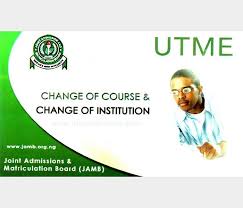