NOTE: Please note that this post is basically a waec past questions, the waec government answers has been posted. Click to see it.

PAPER 2 (Essay)
Answer only Four questions in the section.
Write your answers in the answer booklet provided.

3. (a) What are the limitations to the application of Rule of law?
(b) Highlight the merits and demerits of a two party-system.

4. (a) Highlight any four major objectives of the foreign policy of any one West African Country.
(b) Outline any four ways of preventing military intervention in politics.

7. (a) Highlight four features of the 1979 Republican Constitution.
(b) State two ways by which the President could be removed from office according to the Constitution.

PAPER 1 (Objective)
Answer All the questions in this section.
Write your answers in the answer sheet provided.

2.The two leaders that played prominent roles in the formation of ECOWAS were ______
A. Acheampong and Jawara
B.     Gowon and Eyadema
C.     Kerkoru and Tubman
D.    Kounche and Senghor

5. Which of the following had a centralized administration in the per-colonial Nigeria?
A. The Igbos     B. The Tivs     C. The Ibibios     D. The Yoruba’s

6. Which of the following organ control the civil service?
A.    Parliaments and the court
B.     Trade unions and the court
C.     The police and parliaments
D.    Tribunals and interest group.

8. In the Igbo political system, authority was shared among
A.    Men and women with Ozo titles
B.     All age groups and warrant chiefs
C.     Elders of the community and ofo title holders
D.    Title holders and age groups

9. A popular principle of colonial administration in British West Africa was _______
A. Association   B. Indirect rule    C. Assimilation     D. Westernization

10. The crucial check on an autocratic Oba in Yoruba political system was _______
A.    Presenting to him a suicide symbol
B.     Avoiding the palace
C.     Sending him on exile
D.    Refusing to carry out his orders

12. Which of the following bodies is the most representative organ of the United Nations?
A.    The security council
B.     The trusteeship council
C.      The General Assembly
D.    The Economic and Social Council

13. The pre-colonial Tiv society can be best described as ______
A. Republican B. Aristocratic C. Feudalistic D. Monarchical

15. Which of the following is a feature of democracy?
A.    Power vested in minority party
B.     Popular consolation
C.     Interdependence of stats
D. States responsibility to society.

18. In parliamentary system, the term shadow cabinet is often used to refer to the ______
A. hack-benchers in the house
B. deputy prime ministers and assistant ministers
C. rebellious members of the ruling party
D. portfolio designates before the party in opposition.

24. The 1946 constitution was remarkable because it
A.    created a ministerial position in Nigeria
B.      introduce regional governments in Nigeria
C.     introduced for the first time elective principle
D.    brought about self-government for Nigeria

29. The OAU was founded on the principles of ______
A. Settlement of international disputes by armed struggle
B. Justifiable interference in the domestic affairs of member states
C. Sovereign equality of member states
D. Equal contribution by member states 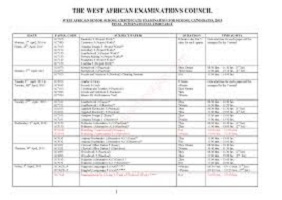