NOTE: Note that this post is a past question from waec, the main 2020 questions and answers will be posted here on this site few hours to the exam, to get this, join either of our whatsapp or our telegram group chat to stay active and get notified. 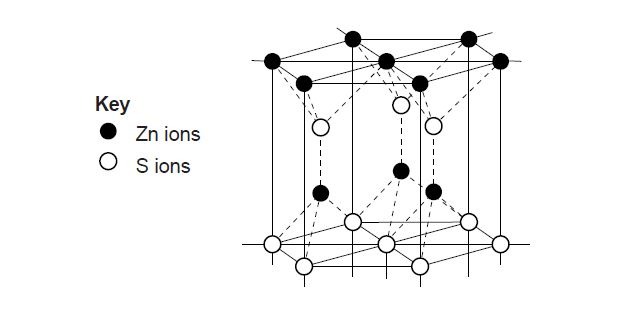 1. (a) (i) What is the structure of the atom as proposed by Rutherford?
(ii) Distinguish between the atomic number and the mass number of an element.
(iii) Explain briefly why the relative atomic mass of chlorine is not a whole number.

(b) (i) What is meant by first ionization energy?
(ii) List three properties of electrovalent compounds
(iii) Consider the following pairs of elements:
9F and 17CL;
12Mg and 20Ca.
Explain briefly why the elements in each pair have similar chemical properties.

ANS: (a) (i) The atom has small/ tiny positively charged centre /nucleus with electrons surrounding the space around  the centre.
(ii) Atomic number of an element is the number of protons/electrons in an atom of the element while mass number is the sum of the protons and neutrons in the atom of the element.
(iii) Chlorine atom is made up of a mixture of isotopes and the relative atomic mass of chlorine is the average of its isotopic masses.

(b) (i) Is the (minimum) energy required to remove one mole of an electron from one mole of gaseous atom (to form one mole gaseous charged ion
(ii) High melting /boiling point;
Ability to conduct electricity in the molten state or in solution;
Solid at room temperature;
Soluble in water or polar solvents /insoluble in non-polar solvents.
(iii) Atoms of the elements in each pair have the same number of electrons in their outer-most shell therefore similar chemical properties.

(b) (i) Distinguish between dative bond and covalent bond.
(ii) Explain why sugar and common salt do not conduct electricity in the solid state.
(iii) State the type of intermolecular forces present in
I. hydrogen fluoride;
II. argon.
(iv) Consider the compounds with the following structures:
S – H —-N and 0 – H —–N
In which of the compounds is the hydrogen bond stronger? Give reason for your answer.

(b)(i) In dative bond, only one of the participating atoms/ species donated electrons to be shared by both atoms while in covalent bond both participating atoms/ species contribute equally the electrons being shared.
(ii) Sugar is covalent while common salt (NaCl) is electrovalent/ ionic. Electrical conductivity (in compounds) depends on presence of mobile ions.
(iii) The intermolecular forces present in hydrogen fluoride and argon were hydrogen bond and van der Waal’s forces respectively.
(iv) 0 – H —- N has the stronger hydrogen bond because oxygen is more electronegative and smaller in size than sulphur.

3. (a) (i) Define nuclear fission
(ii) A certain natural decay series starts with and ends with. Each step involves the loss of an alpha or a beta particle. Using the given information,  deduce how many alpha and beta particles were emitted.
(b) Consider the equilibrium reaction represented by the following equation: A2(g)  +  3B2(g)    2AB3(g);    H   =  +  kJmol-1
Explain briefly the effect of each of the following changes on the equilibrium composition;
(i)  increase in concentration of B;
(ii) decrease in pressure of the system;
(iii) addition of catalyst.
(c) The lattice energies of three sodium halides are as follows:

(e) Iron is manufactured in a blast furnace using iron ore (Fe2O3), coke and limestone.
Write the equation for the reaction(s) at the:
(i) top of the furnace;
(ii) middle of the furnace;
(iii) bottom of the furnace.
(f) (i) Name two products of destructive distillation of coal.
(ii) Give one use of each product in 3(f)(i).

4. Copy and complete the following table:

(d) state the function of each of the following substances in the purification of water for town supply:
I. sodium aluminate (III) (NaAIO2);
II. lime (calcium hydroxide);
III. calculated mount of iodine;
IV. sand bed.

7. (a) Describe briefly how each of the following aqueous solutions could be identified in the laboratory:
(i) Ammonium trioxocarbonate (IV);
(ii)Ammonium chloride.

(b) Arrange the following compounds in order of increasing boiling point and give reasons for your answer: CS2,  NaF and CO2.

(c) List two gases each that are:
(i) acidic;
(ii) highly soluble in water;
(iii) oxidized by acidified KMnO4(aq).

(d) In a tabular form, compare the elements silicon and sulphur under the following properties:
(i) metallic character;
(ii) physical state;
(iii) conduction of electricity.

(d) What is hydrogen bonding?

PAPER 1 [Essay]
Answer All questions in this section.
Write your answers on the answer sheet provided.

1. Two immiscible liquids with different boiling points can be separated by _____
A. The use of separating funnel
B. Evaporation
C. Distillation
D. Decantation.

2. A mixture of CaCl2 and CaCO3 in water can be separated by  ______
A. Evaporation
B. Sublimation
C. Distillation
D. Decantation.

18. The conclusion from Rutherford’s alpha scattering experiment is that ______
A. Atoms are mostly empty space with a small nucleus
B. Emissions from radioactive substances consist of three main components
C. There is a nuclear pull on orbital electrons
D. Electrons are deflected by both magnetic and electric fields.