Section A
1a)
Through Kabria and Sylv Po’s visit to Maa Tsuru, Fofo gets a chance to question her mother’s irresponsible nature. Maa Tsuru had no answers to Fofo’s questions just as she could not give any other option to Fofo apart from, “Go away from Accra” when Fofo inquired about why Poison attempted to rape her. Fofo from here knew she could not rely on her mother for protection; something that will come as a heavy blow to any fourteen year old. Kabria asked Fofo when inquiring about her rehabilitation process about staying with her mother again. Fofo’s answer was an emphatic ‘Never!’. This showed how sour the relationship between mother and daughter had turned.

Critically analyzing the relationship between Maa Tsuru and Fofo based on their decision making alone, the mother becomes the daughter while the daughter becomes the mother. Maa Tsuru’s poor decisions and infantile attitude suits more a teenager than a mother of six children. Fofo, the fourteen year old, seem to make the right choices guided by her instincts and naivety.

In the end, Maa Tsuru failed as Fofo’s mother and it took a once-in-a-life-time chance for Fofo to be saved off the jaws of the streets through the benevolence and motherly instincts of Kabria.

questions  (6)
Bigger berates himself for somehow failing to acquire more money during the murder and cover-up, feeling that he should have planned things more carefully. He visits Bessie and shows her the money. Bessie tells Bigger that his employers live in the same section of town as the Loeb family.

They discuss a recent case in which Richard Loeb and his friend Nathan Leopold kidnapped a neighborhood boy, killed him, and tried to collect ransom money from the family. Bigger remembers the case and begins to concoct his own ransom plan.

Bigger sees that Bessie is as blind as his family, as she uses liquor to blot out the pain of her life. He struggles over whether or not to trust her, but tells her that he has a big plan to obtain more money. Bigger tells Bessie that the Daltons’ daughter ran away with a “Red,” and that he took the money from Mary’s room after she disappeared. He says he wants to write a ransom note and collect more. He assures Bessie that Mary has disappeared for good, but Bessie is suspicious of how he knows for certain. When Bessie asks Bigger if he is involved with Mary’s disappearance, he threatens to beat her.

He tells Bessie to retrieve the ransom money at a planned drop-off site, assuring her that he will be able to warn her if the money is marked or if the police are watching, as he works for the Daltons and will be privy to their plans. Bessie hesitantly agrees to help, so he gives her Mary’s money for safekeeping.

FACELESS-
Access the character of poison.
and the circumstances surrounding the death of baby T.

Discuss the character and role of Theodore to the development of the plot.

Comment on the significance of the death of Conrad

SHE STOPS TO CONQUER

Discuss the character of ACP Yakubu and Commissioner of Police.

Character traits of Ogeyi ogar as a foil to Aloho.

Walpole’s The Castle of Otranto displays many of the features that would become stereo-typically Gothic, being deployed around ghosts and spirits. For example, the story takes place in a foreign country, in a medieval castle with towers and secret passageways. The castle is eerie and ominous, plagued by creaking hinges, trap doors clanging shut, the wailing of the wind, and the life-like quality of people in paintings.

Supernatural elements like ghosts, visions, mysterious suits of armor, and prophecies run through the novel. Though Walpole is often credited as the first Gothic novelist, such fanciful elements were in fact drawn from medieval romance, heroic tales in which knights often encountered marvels or supernatural phenomena on their adventures. Though the Gothic novel was always considered lowbrow literature even during the height of its popularity, before Walpole, “gothic” was looked down upon even more, and associated with barbarism. Walpole’s novel helped to change that, and his unfettered enthusiasm for the Middle Ages was extraordinary. One of many accomplishments he is well known for is Strawberry Hill, a faux-medieval castle Walpole built for himself and on which he based The Castle of Otranto.

Though many of the literary devices found in Otranto are now recognized as archetypically “Gothic,” Walpole’s novel indulged in humor in a way that later Gothic works such as Dracula and Frankenstein did not. Part of this is achieved merely by his presentation of Gothic and supernatural elements. For example, Conrad’s death by giant helmet, while tragic to the story’s characters, is completely absurd.

The setting itself, often merely eerie in later Gothic works, is also occasionally humorous. The castle’s “deep and hollow groan” is “the effect of pent-up vapours” — in other words, the castle is farting. 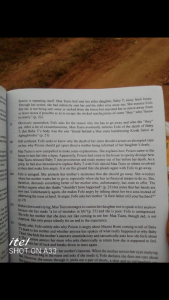 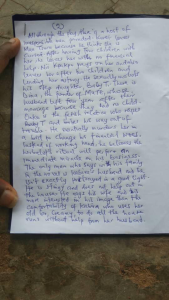 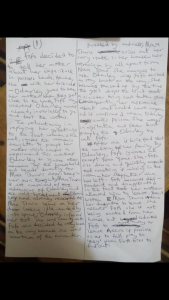