In terms of religion, Indonesia has the world’s largest Muslim population. Indonesia features the world’s second-longest coastline, with a diverse range of island shapes and sizes, as well as many old temples and intriguing animals.

The University of Indonesia was founded in Jakarta, Indonesia’s capital, with the goal of training students in medicine. The University of Indonesia, which was formed by the merger of five autonomous universities into one state university, continues to train Ph.D. candidates, but it does not stop there. They included dentistry, mathematics, natural sciences, letters, law, and philosophy in addition to medicine.

The University of Indonesia, which began with just one faculty (medical), now comprises 13 faculties, including nursing, engineering, psychology, economics, public health, humanities, and computer sciences. The University of Indonesia, which welcomes international students, now has roughly 300 students, however, this number is growing year by year.

The Indonesian government created the Bandung Institute of Technology in 1959 to teach science, technology, and fine arts to college students. Since the government relinquished control of the university, the Bandung Institute of Technology has evolved into a more private institution, taking risks and making investments to diversify its revenue sources.

Bogor Agricultural Institution was founded in 1963 to demonstrate that Indonesia has a world-class university that teaches agriculture, biosciences, and other related subjects. Bogor Agricultural University tries to train students in various sectors to fulfill their objectives and long-term goals to eradicate poverty and hunger. 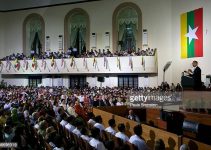 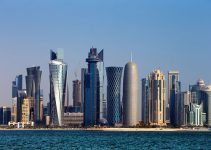