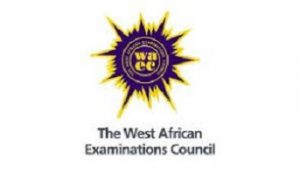 Here is the crs confirmed answers do well to cross check and confirm before answering. We will keep updating it once we have more answers.

: (8a)
The prayer of the righteous is very powerful in its working (or, operation).” James has just exhorted us to “pray for one another, so that you may be healed.” This may refer to healing from illness, especially illness that may be the result of unconfessed sin. Or, it may refer also to spiritual healing, since James has instructed us to confess our sins to one another.

But his point is that whether your need is physical or spiritual, prayer is very powerful. But, he qualifies it. In other words if we have been justified by faith, we stand before God with a righteousness that is not our own. If you think that you can approach God through your righteousness, you do not understand the gospel. The gospel shuts us all up under sin, showing that our own righteousness will never satisfy God’s holy.

(8b)
(ii)It’s built into our very existence. Because we are created in His image, God’ image, we are to mimic Christ-like behavior.

(ii)Prayer is an avenue to resolution, the path to finding an answer to a problem. It provides insight to our dilemmas and tough decisions.
:

It is very solemn to realise that there are many people engaged in God’s work who do not know the Lord. They seek to serve Him but have no saving experience of His grace.

They are like those described in 2 Timothy 3:5 and in Titus 1:16, like one of old who came to Jesus (John 3:1-16). The first requirement, if we are to serve the Lord, and if we are to be a channel through whom the Holy Spirit can work in bringing blessing to others, is that we should know the Lord for ourselves, know that we have been born again (John 3); that we are a child of God (1 John 3:1); and that we know what it is to be washed in the blood of Christ (1 John 1:7).

One reason why the Church is powerless is because many who are working in the Church do not know the experience of Romans 1:16. Look up Matthew 25:11-12 and Luke 13:25-27. Is it possible that you are an unconverted minister, or deacon, or church member?

2Now the earth was [1] formless and empty, darkness was over the surface of the deep, and the Spirit of God was hovering over the waters.
3And God said, “Let there be light,” and there was light.

4God saw that the light was good, and he separated the light from the darkness.
5God called the light “day,” and the darkness he called “night.” And there was evening, and there was morning–the first day.
6And God said, “Let there be an expanse between the waters to separate water from water.”

9And God said, “Let the water under the sky be gathered to one place, and let dry ground appear.” And it was so.
10God called the dry ground “land,” and the gathered waters he called “seas.” And God saw that it was good.
11Then God said, “Let the land produce vegetation: seed-bearing plants and trees on the land that bear fruit with seed in it, according to their various kinds.” And it was so.

26Then God said, “Let us make man in our image, in our likeness, and let them rule over the fish of the sea and the birds of the air, over the livestock, over all the earth, [2] and over all the creatures that move along the ground.”
27So God created man in his own image, in the image of God he created him; male and female he created them.

28God blessed them and said to them, “Be fruitful and increase in number; fill the earth and subdue it. Rule over the fish of the sea and the birds of the air and over every living creature that moves on the ground.”
29Then God said, “I give you every seed-bearing plant on the face of the whole earth and every tree that has fruit with seed in it. They will be yours for food.
30And to all the beasts of the earth and all the birds of the air and all the creatures that move on the ground–everything that has the breath of life in it–I give every green plant for food.” And it was so.
31God saw all that he had made, and it was very good. And there was evening, and there was morning–the sixth day. 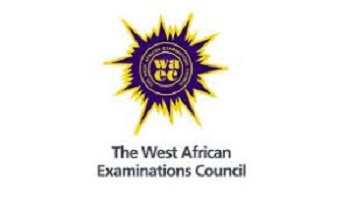