GREEN CARD: a Document in which successfully registered Corps Members print out after successful registration for the programme. It contains the basic information inputted online during the NYSC during registration.

CALL UP LETTER: a letter that is printed out online (for those that paid 3k to NYSC) or gotten from school (for those that didn’t make the 3k payment on-line). It contains the state to which a PCM is deployed to. It contains a member name, call up number, institution and so on.

CALLUP NUMBER: a unique number associated with a registered member of the scheme. It contains the abbreviation for the school of graduation, year mobilise and a special number E.G NSYC/FUA/2020/198765

DG: DIRECTOR GENERAL. The person who is the head of the NYSC scheme.

ST: STATE COORDINATOR. The person who is the head of the scheme at a state level.

AI: AREA INSPECTOR. The person is in charge of the programme in a given area.

ZI: ZONAL INSPECTOR. The person is in charge of the programme in a given zone.

LI: LOCAL INSPECTOR. The person is in charge of the programme within a LOCAL GOVERNMENT AREA.

LG: LOCAL GOVERNMENT. This is the area a LOCAL INSPECTOR covers.

LGA: LOCAL GOVERNMENT AREA. This is a local government in a state.

Book of Life: a huge book signed by corp members while in camp or after camp at the state NYSC Secretariat

CDS: COMMUNITY DEVELOPMENT SERVICE is a group of activities to improve the environment Corps Members are serving.

CDS CARD: an official NYSC card signed by the LI or CDS Coordinator with a passport photograph of the Corps Member attached to it after the last CDS meeting for each month.

BIOMETRIC CLEARANCE: a monthly clearance activity to prove that you have not ascended from service. Done every 1-10 Days of a new month.

CAMP EXACT: A Document was given to Corps Members who have serious health issues or married female CMs to exit the camp immediately after registration. But they are to come back to collect their posting letter on the last day of camp *(for those that are not redeploying)

OBS: ORIENTATION BROADCASTING STATION is in charge of information dissemination during camp. This is a CDS GROUP

PCM: PROSPECTIVE CORPS MEMBERS are members who have been given CALL UP NUMBER but have not been called to camp and have not done swearing-in ceremony.

PLATOON: a group of CORPS MEMBERS with state code having the same last number.

PLATOON OFFICER/COMMANDER: an NYSC CAMP OFFICIAL in charge of a platoon during the orientation exercise.

OVERALL PLATOON COMMANDER: a CORPS MEMBER who is in charge of all the platoons

PPA: PLACE OF PRIMARY ASSIGNMENT. This is the place a CORPS MEMBER will serve his fatherland working four times a week.

POP: PASSING OUT PARADE. This is done out of camp and out of the programme

CAMP DIRECTOR: The head of all camp officials and in charge of camp activities

SAED: SKILLS ACQUISITIONS AND ENTREPRENEURSHIP DEVELOPMENT. This is a programme for CORPS MEMBERS to learn new beneficial skills during the service year

State code: this is the official state identification number given to all corp members after registration in camp. It contains your state abbreviations, year and batch and a unique number 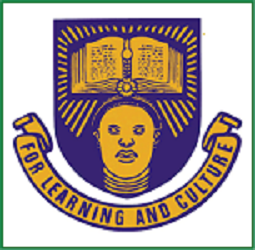