The aim of the Unified Tertiary Matriculation Examination (UTME) syllabus in Biology is to
prepare the candidates for the Board’s examination. It is designed to test their achievement of the
course objectives, which are to:
1. demonstrate sufficient knowledge of the concepts of the interdependence and unity of life;
2. account for the continuity of life through reorganization, inheritance and evolution;
3. apply biological principles and concepts to everyday life, especially to matters affecting the
individual, society, the environment, community health and the economy.

1. Living organisms:
a. Characteristics
b. Cell structure and functions of cell
Components

v. Organisms e.g. Chlamydomonas
2. Evolution among the following:
a. Monera (prokaryotes), e.g. bacteria and
blue green algae.
b. Protista (protozoans and protophyta),
e.g. Amoeba, Euglena and Paramecium
c. Fungi, e.g. mushroom and Rhizopus.
Candidates should be able to:
i. differentiate between the characteristics of
living and non-living things;
ii. identify the cell structures;
iii. analyse the functions of the components of
plants and animal cells;
iv. compare and contrast the structure of plant and
animal cells;
v. trace the levels of organization among
organisms in their logical sequence in relation
to the five kingdom classification of living
organisms.
Candidates should be able to:
i. analyse external features and characteristics of the
listed organisms:
ii. apply the knowledge from (i) above to
demonstrate increase in structural complexity;
iii. trace the stages in the life histories of the listed
organisms;

1. Internal structure of a flowering plant

i. Root
ii. Stem
iii. Leaf
b. Internal structure of a mammal
2. Nutrition
a. Modes of nutrition
i. Autotrophic
ii. Heterotrophic
Types of Nutrition
b. Plant nutrition
i. Photosynthesis
ii. Mineral requirements
(macro and micro-nutrients)
Candidates should be able to:
i. identify the transverse sections of these
organs;
ii. relate the structure of these organs to their
functions.

ii. Renewal and maintenance of soil
fertility
7. Humans and Environment
(a) Diseases:
(i) Common and endemic diseases.
ii. Easily transmissible diseases and disease
syndrome such as:
– poliomyelitis
– cholera
– tuberculosis
– sexually transmitted disease/syndrome
(gonorrhea, syphilis, AIDS, etc.
b. Pollution and its control
(i) sources, types, effects and methods of
control.
(ii) Sanitation and sewage
Candidates should be able to:
i. apply the knowledge of the practice of contour
ridging, terracing, mulching, poly-cropping,
strip-cropping, use of organic and inorganic
fertilizers, crop rotation, shifting cultivation, etc
to enhance soil conservation.
Candidates should be able to:
i. identify ecological conditions that favour the
spread of common endemic and potentially
epidemic disease e.g. malaria, meningitis,
drancunculiasis, schistosomiasis, onchocerciasis,
typhoid fever and cholera etc.;
ii. relate the biology of the vector or agent of each
disease with its spread and control;
Candidates should be able to:
i. use the knowledge of the causative organisms,
mode of transmission and symptoms of the listed
diseases to their prevention/treatment/control.
ii. apply the principles of inoculation and
vaccination on disease prevention.
Candidates should be able to:
i. categorize pollution into air, water and soil
pollution;
ii. relate the effects of common pollutants to human
health and environmental degradation;
iii. determine the methods by which each pollutant
may be controlled.
Candidates should be able to:
i. examine the importance of sanitation with
emphasis on sewage disposal, community health
and personal hygiene;
ii assess the roles and functions of international and
national health agencies (e.g. World Health
Organization (WHO), United Nations
International Children Emergency Fund
(UNICEF), International Red Cross Society
(IRCS), and the ministries of health and
environment.

(c) Conservation of Natural Resources
(I) Variation In Population
a. Morphological variations in the
physical appearance of individuals.
(i) size (height, weight)
(ii) Colour (skin, eye, hair, coat of animals,
scales and feathers.
(iii) Fingerprints
b. Physiological variation
(i) Ability to roll tongue
(ii) Ability to taste
phenylthiocarbamide
(PTC)
(iii) Blood groups
Candidates should be able to:
(i) apply the various methods of conservation of
both the renewable and non-renewable natural
resources for the protection of our environment
for present and future generations;
(ii) outline the benefits of conserving natural
resources;
(iii) identify the bodies responsible for the
conservation of resources at the national and
international levels (e.g. Nigerian Conservation
Foundation (NCF), Federal Ministry of
Environment, Nigeria National Parks, World
Wildlife Foundation (WWF), International
Union for Conservation of Nature (IUCN),
United Nations Environmental Programme
(UNEP) and their activities;
(iv) asses their activities.

b. Application of discontinuous
variation in crime detection,
blood transfusion and
determination of paternity.
2. Heredity
a) Inheritance of characters in
organisms;
i) Heritable and non-heritable
characters.
b) Chromosomes – the basis of
heredity;
(i) Structure
(ii) Process of transmission of
hereditary characters from
parents to offspring.
c) Probability in genetics and sex
determination.
a) Application of the principles of
heredity in:

b. Sex – linked characters e.g. baldness,
haemophilia, colour blindness, etc.
ii) examine the significance of using
recombinant DNA materials in the
production of important medical
products such as isulin, interferon and
enzymes.
Candidates should be able to:
i) identify characters that are sex linked. 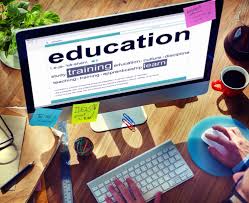