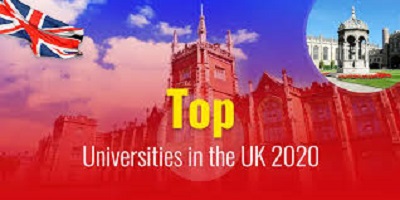 Best universities in the UK 2020

Best Universities in UK 2020 is an important topic for international students, that is we at myscholarshipbaze want to vividly describe to you all now about the best universities in the united kingdom

We have written about free 10 free tuition universities in USA

What are the best universities in the UK 2020? If you want to study in England, Scotland, Wales or Northern Ireland, which universities should you consider?

7 tips for applying for scholarships

Three universities in Scotland appear in the top 25:

One of the oldest and most prestigious universities in the world, the University of Oxford attracts top scholars and students to its 44 colleges and halls. Entry standards are high and admission is competitive; on average, it receives five applications for each available place.

As is common in the UK, the university offers a number of joint honours programmes that combine two subjects at undergraduate level. In total, there are 250 undergraduate degree combinations. The combination of philosophy, politics and economics is a particularly prestigious degree course on offer, although it is no longer unique to the University of Oxford.

Undergraduates and postgraduates belong to a college and often live in the college building or college-owned accommodation. Social life and recreational activities – such as rowing, cultural events and societies – also revolve around the college. Undergraduates are taught almost exclusively by tutors in their college, while postgraduate students are primarily served academically by a centralised faculty.

More than 30 world leaders, 27 British prime ministers, 50 Nobel prizewinners and 120 Olympic medalists were educated at Oxford. Stephen Hawking, Hugh Grant and Indira Gandhi are among the most famous alumni.

Within six months of graduating from the university, 95 per cent of Oxford students are in employment or further study.

Like Oxford, the University of Cambridge is fundamentally collegiate and is also one of the oldest and most prestigious universities in the world. The town is just an hour away from London.

The university is home to more than 18,000 students and 9,000 staff. There are 31 colleges, some of which date back to the 13th century, and more than 100 academic departments.

Cambridge is particularly renowned for excellence in mathematics and has educated some of the most famous British scientists. In total, 117 Nobel laureates are affiliated with the university and Cambridge-affiliated mathematicians have won 11 Fields medals.

Getting an undergraduate place at the university is extremely competitive; the acceptance rate is less than 25 per cent and more than half of rejected candidates have received A grades for all of their final school exams.

Undergraduates are taught via lectures and supervisions – intimate tutorials with only a couple of other students at most. The workload is heavy but terms are shorter than at many other universities in the UK.

READ  How To Easily Get A scholarship

Imperial College London is consistently ranked among the best universities in the world for science, technology, engineering, medicine and business.

It was formed in 1907 from a merger of three colleges in London and now has 16,000 students and 8,000 staff. The student cohort is extremely international and is made up of more than 125 nationalities.

In addition to top scientists, Fields medalists and Nobel prizewinners, Imperial also produces influential government advisers and policymakers. Many graduates go on to achieve breakthrough innovations in industry and business, and are highly sought after by blue-chip companies and start-ups.

Imperial is based next to Kensington Palace in the Royal Borough of Kensington and Chelsea, with other campuses around the city.

The author H. G. Wells and Sir Liam Donaldson, head physician to the Queen, are among Imperial’s famous alumni.

UCL was the first university in England to admit students irrespective of class, race or religion, and the first to admit women on equal terms with men, following the educational philosophy of Jeremy Bentham – the university’s “spiritual founder”.

It is one of the most selective British universities and is thought to produce some of the most employable graduates.

UCL’s main campus is in the central London area of Bloomsbury.

For undergraduate admission, candidates generally have all A grades at A level or a grade equivalent of 6, 6, 6 in subjects studied at higher level in the International Baccalaureate. The most competitive degree is the BSc in philosophy, politics and economics, which receives 30 applicants for every place.

Close to half of all UCL students are from outside the UK, with significantly more from Asia than from continental Europe. Famous alumni include Mahatma Gandhi, Alexander Graham Bell, the inventor of the telephone, and Coldplay’s Chris Martin, who met the other members of his band at the university.

READ  International Scholarships to Study in the USA

Of all UK universities, the London School of Economics and Political Science has the highest proportion of international students, at 70 per cent.

The university has particular strengths in law, economics, history, philosophy and politics. Currently, 26 per cent of all Nobel prizes for economics were awarded to alumni or affiliates of the LSE. Famously, economic theorists at the LSE have long disputed with theorists at Cambridge, particularly over solutions to economic problems in society.

LSE’s campus is in the Clare Market area in London, close to important institutions such as the Royal Courts of Justice, Lincoln’s Inn, the Royal College of Surgeons and the British Museum.

Like other top universities in the UK, LSE generally requires entry standards of A grades or higher.

Many of the postgraduate courses, such as in those in economics, management and law, have an acceptance rate of less than 7 per cent.

Prominent cultural, political and academic figures, including Nelson Mandela and George Soros, have given public lectures at the LSE as part of the university’s prestigious lecture series.

Private Universities in Nigeria and Their School Fees