Beloved, there may be a devil out there who tries to drag you down in defeat, but the Bible tells us clearly that we have One greater than he inside of us. It is important that you be established in this truth. You don’t have to be afraid of the devil, because Jesus, who is in you, is greater than the devil in this world.

No matter what the enemy’s evil tactics are, he will not prevail against you in this battle. The devil is a defeated foe.

See also  God’s Grace is abundance for who believe

The Bible doesn’t say that you will not experience any challenges or be faced with any attacks. But it does promise that you can be confident in the certainty that they shall not prosper against you.

Do you know why you can stand firm on this promise today? In the very same verse, God goes on to declare that “This is the heritage of the servants of the Lord, and their righteousness is from Me” (Isa. 54:17).

This protection is your heritage. God does not protect you because of your right doing; He protects you because your righteousness is from the Lord Himself!

See also  The word of God is Written on Your Heart

Notice that the weapon that is against you could have already been formed, which means that it may already have been conceived, prepared, and aimed at you. Don’t be afraid. Whatever this weapon or challenge may be, know beyond any doubt that it shall not prevail against you.

This is God’s promise to you today—no weapon formed against you shall prosper. Not because your behavior is perfect, but because your standing in Christ is perfect. Your victory is firmly secured through Jesus’ finished work, which is your heritage in Christ. 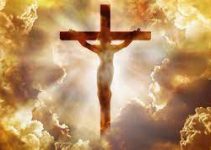