Jude Lemfani Abaga popularly and professionally known as “M.I” or “M.I Abaga” is a successful Rap star, Singer, Songwriter, Entertainer, Stage performer, and recording artist. He was born on the fourth of October, 1981 in Jos, Plateau state. He was born to a Nigerian Christian parent, Pastor and Mrs. Abaga. He is from Taraba state, Nigeria – Jukun descent to be precise.

While he was in school, his mother noticed the love he has for music and also musical instruments so she got him basic music notations to sharpen his knowledge on the rudiments of music. Then when she noticed this improvement she went ahead and got him a 7- key mini piano which really helped him to understand more about music.

After relocating to Nigeria from the USA, M.I Abaga started producing mixed tapes with Djinee, and this led to the release of a single called “safe” which actually made it way fast to African radio and Music Video stations. After that single, he got signed to a notable Record Label and has produced several songs for people and himself ever since.

M.I Abaga is considered to be one of the richest and most influential Nigerian music artists. M.I’s net worth for the year 2022 is estimated to be 8 million dollars presently. 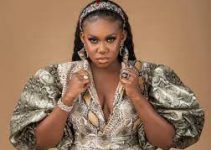