Keshinro Ololade popularly and professionally known as “Lil Kesh” or “Keshi” was born on the 14th March 1995 and was raised by his parent in Bariga, Lagos State, Nigeria. He is a singer, songwriter, and also recording artist. He had all his education in Lagos State, Nigeria – primary, secondary school, and tertiary education. He has a degree each in Linguistics and Mass Communication

His musical career started in 2012 when he rapped among his colleagues in Bariga. He became noticed when he released his first single titled “Shoki”. This song was a huge hit and literally, it was heard and played across the country, especially with the fact that it came with a dance style. Even till today a lot of Nigerian dance “shoki dance”.

After the release of his first song which was a success, he has also released about 27 songs which were a huge success. He had also won a few notable awards.

He is considered to be due to his present net worth, one of the richest and most popular Nigerian Music Artists.  Lil Kesh’s net worth for the year 2022 is estimated to be 2 million dollars. 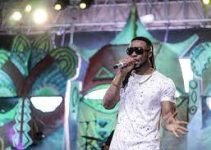 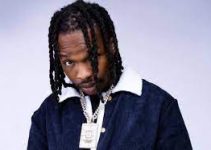